Established in 2020, the PRSA Chicago Michelle Flowers Diversity Fellowship Program is designed to attract, recruit and retain people of color to the practice of public relations and communications.

PRSA Chicago has expanded the Diversity Fellowship Program and will award four individual scholarships in the amount of $2,500. Current freshmen, sophomores, juniors, and non-graduating seniors are eligible to apply.

The award will also include a summer internship at a Chicago agency affiliated with PRSA Chicago. Membership in the Public Relations Student Society of America (PRSSA) is preferred, but is not a requirement. 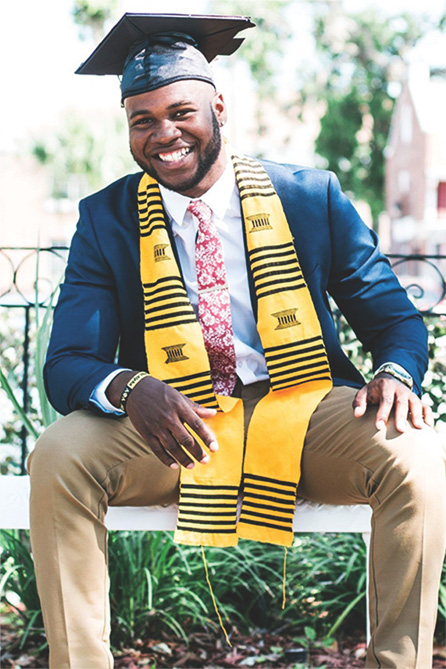 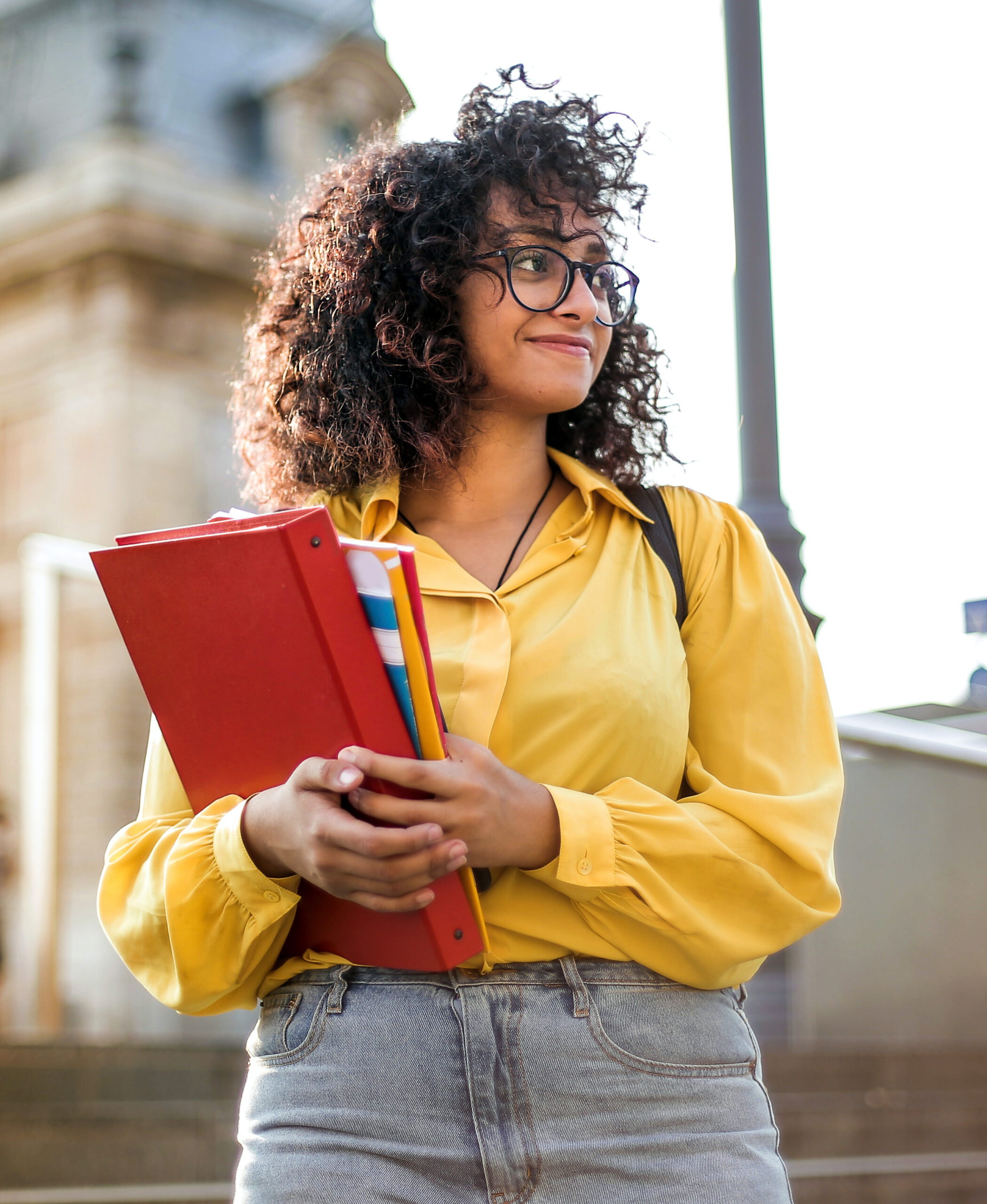 Applicants must meet the following requirements:

To apply for this award, submit the following:

All materials should be error free and thoroughly proofread. All application materials must be posted to the electronic portal (click here) by January 31, 2023. Incomplete or late applications will not be considered.

Applications will be judged by members of PRSA Chicago, public relations educators and professionals using the following criteria:

Applicants will receive notification by March 2023 and fulfillment of the scholarship funding will occur by April 2023.

The Importance of Diversity in PR 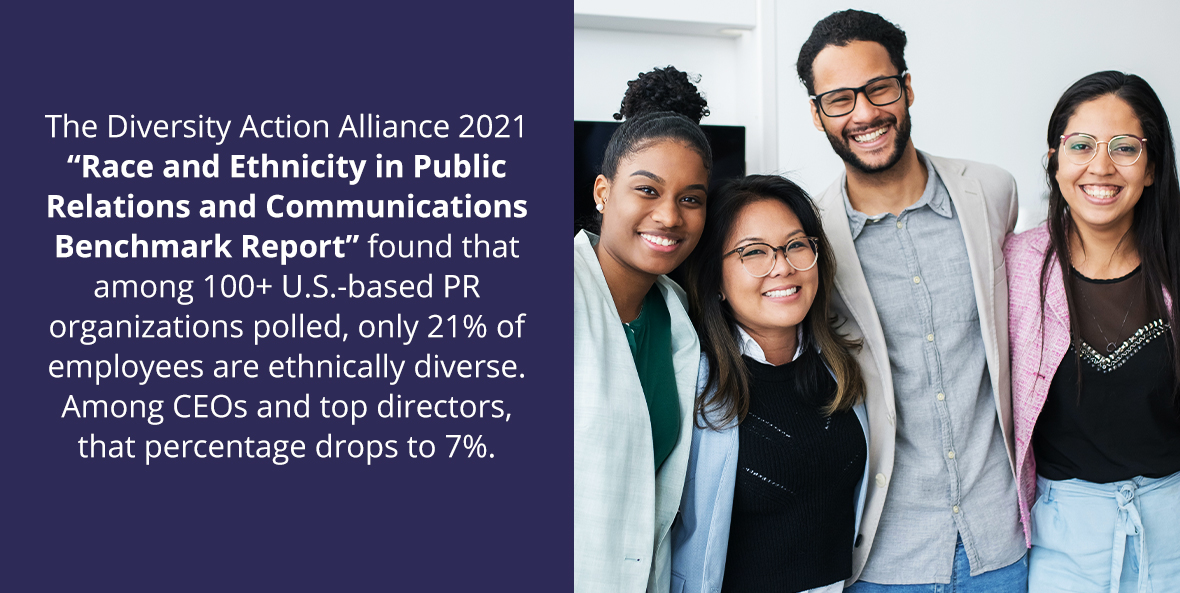 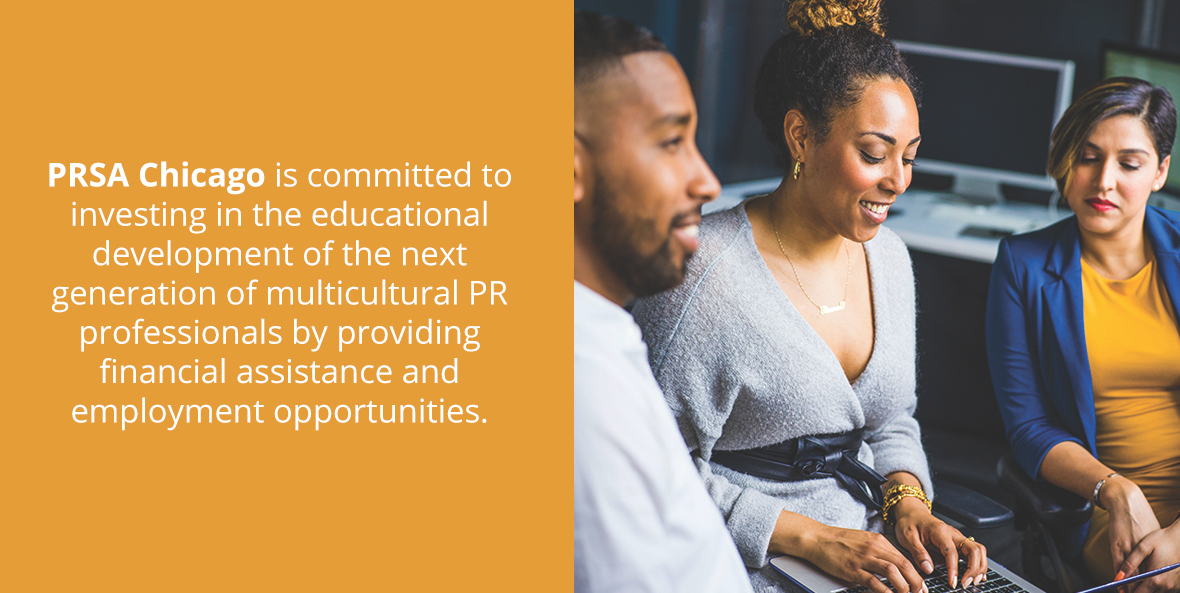 The Michelle Flowers Diversity Fellowship pays tribute to the meaningful contributions that she has made as a leading African-American pioneer in the PR industry, as well as her deep dedication to diversity for more than 30 years. 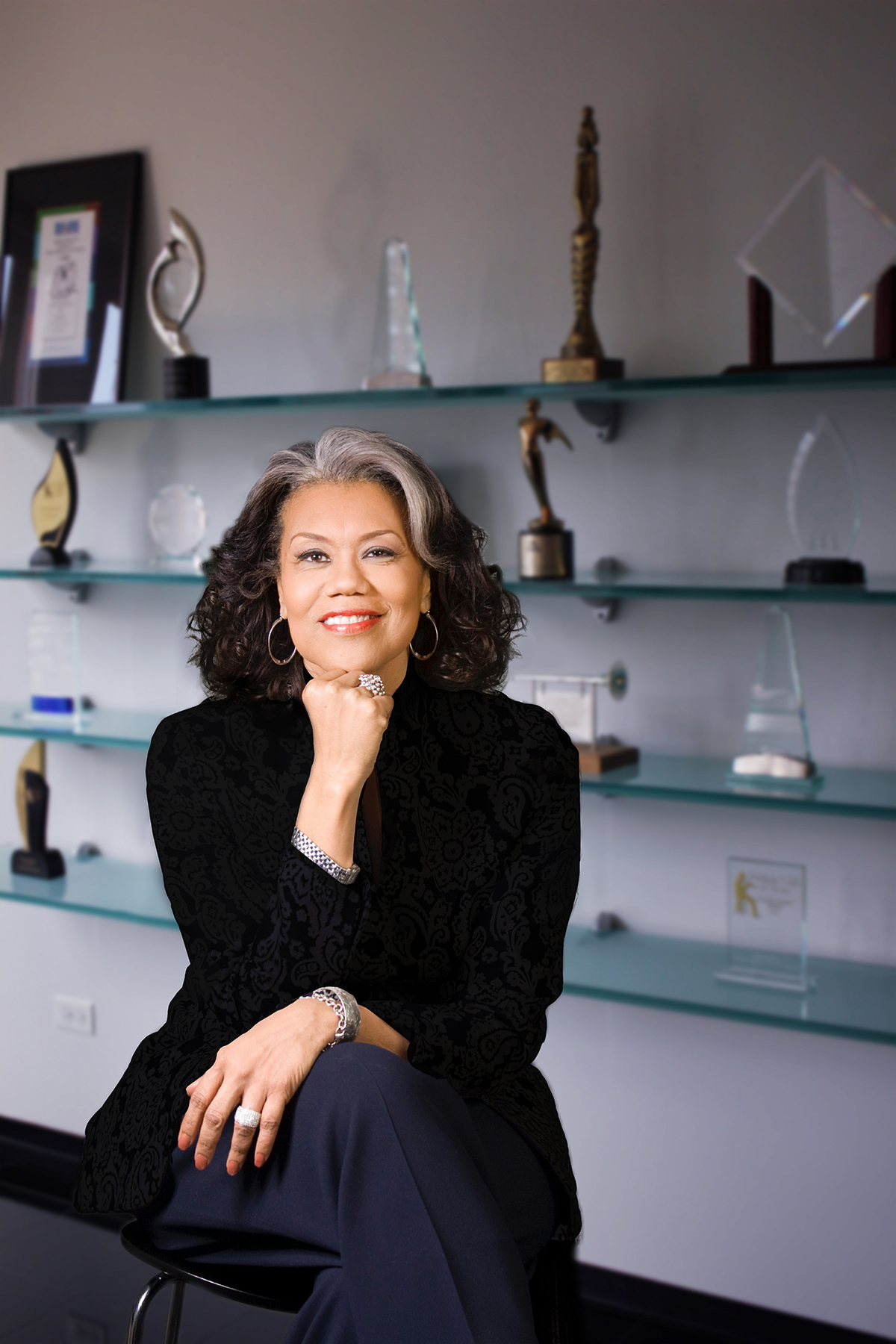 A visionary public relations and marketing entrepreneur, Michelle Flowers Welch is an award-winning expert in the field of multicultural communications. She founded Flowers Communications Group, one of the nation’s top multicultural integrated marketing agencies, in 1991.  Her firm was named to Forbes America’s Best PR Agencies 2021 list.  One of her firm’s core values is focused on cultivating the next generation of multicultural communications practitioners. In support of Flowers Welch’s lifelong commitment to diversity in the public relations industry, Flowers Communications Group is a founding sponsor of the PRSA Chicago Michelle Flowers Diversity Fellowship Program.

A strategic, innovative thought leader, Flowers Welch serves as a trusted senior counselor to clients and an inspiring mentor to young professionals. Before she discovered her love of agency life, her career included PR roles in corporate, nonprofit and government sectors. She began her career in agency public relations at Golin/Harris and later joined Burrell Communications Group to pursue her desire to work in ethnic marketing.

In 2021, she was named as the PRSA Chicago Diversity & Inclusion Team Champion, as one of Chicago United’s Business Leaders of Color, among the PRNEWS Top Women in PR and to iHeartMedia’s Women Who WIN Class of 2021. Michelle was also inducted into the PR Week Hall of Fame.

Most recently, Michelle was recognized with the 2022 Chicago Defender Lifetime Achievement Award and named the 2022 Plank Center Agency Mentor of the Year.  Her firm received two prestigious awards – the 2022 PRSA Chicago Organization of the Year and the 2022 PRNews Platinum Award Medium Agency of the Year. 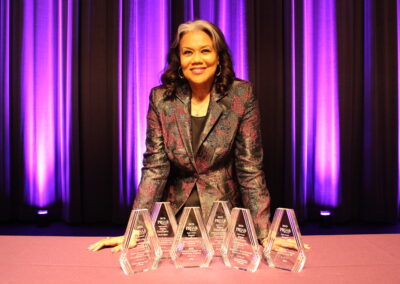 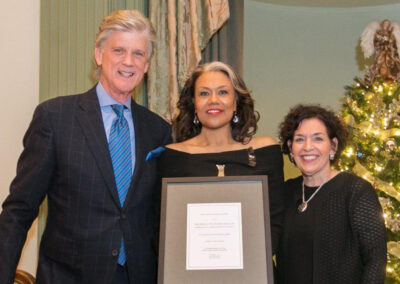 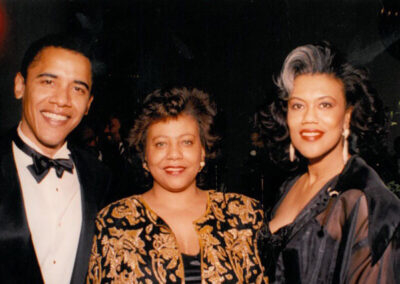 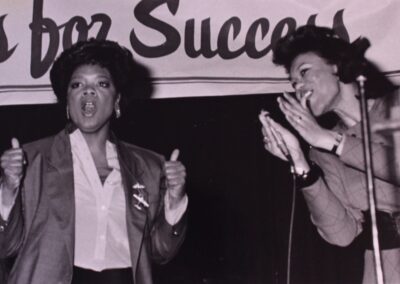 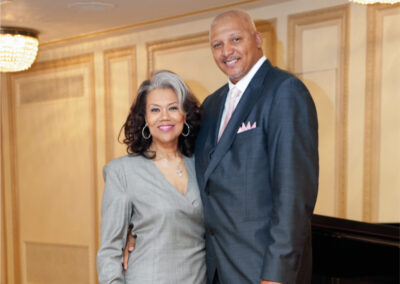 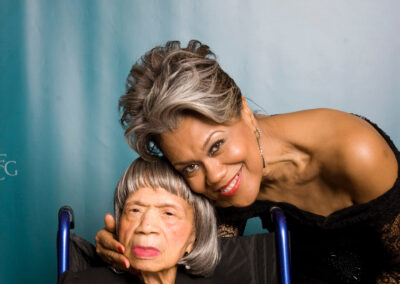 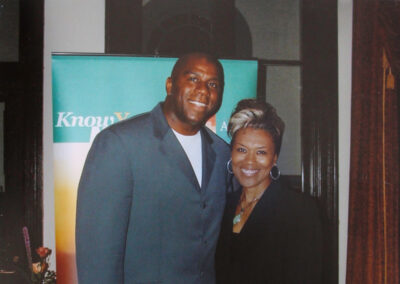 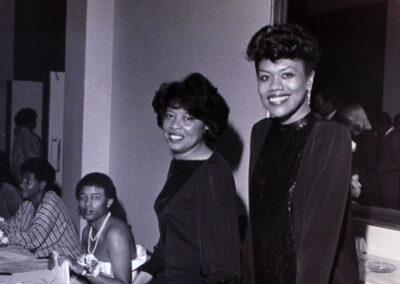 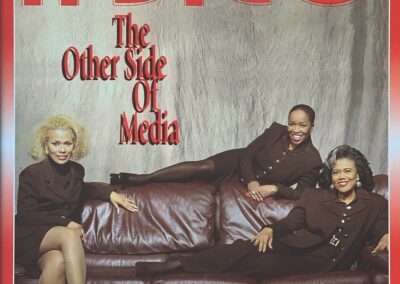 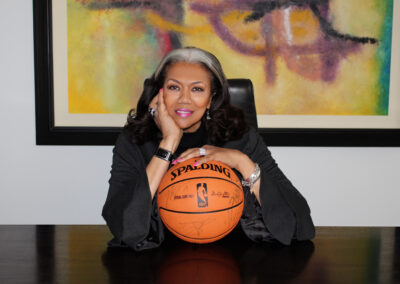 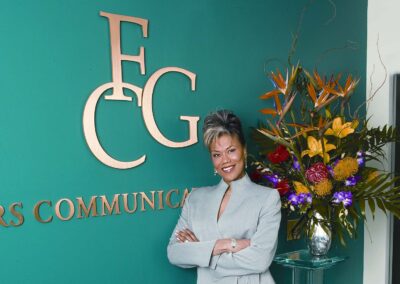 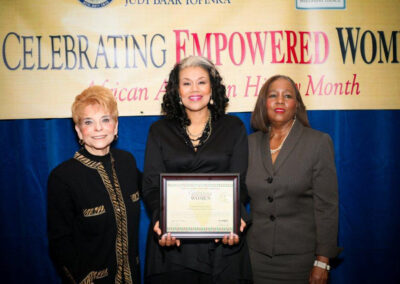 Let Us Unlock Your Fullest Potential